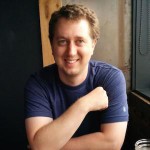 I'm a senior software engineer with a focus on Android and a full-stack background including machine learning, 3D graphics, dev ops., etc.

I have 14 years of experience -- ten years at startups, including my own, through which I've developed a keen product sense and pragmatic attitude. The remainder was at Google and Amazon where I contributed to and led projects at massive scale.

I'm looking for a collaborative environment with people who have knowledge from past learning, curiosity for future learning and passion for solving real-life problems.

Bachelors in Linguistics/Computer Science, May 2005